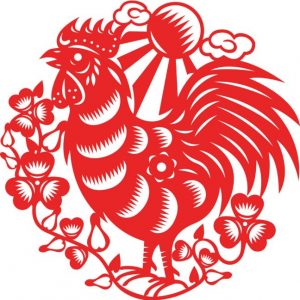 *Thanks to the Star.com for this photo.
2017 – Year of the Fire Rooster in Chinese Zodiac

Happy new year to Everyone!!! Lets start with some education on the Lunar New year, and compare it to the Western New Year.

The Lunar New Year is an important traditional Chinese holiday celebrated at the turn of the Chinese calendar. Chinese New Year celebrations traditionally run from Chinese New Year’s Eve, the last day of the last month of the Chinese calendar, to the Lantern Festival on the 15th day of the first month, making the festival the longest in the Chinese calendar. The source of Chinese New Year is itself centuries old and gains significance because of several myths and traditions. Traditionally, the festival was a time to honor deities as well as ancestors. Within China, regional customs and traditions concerning the celebration of the Chinese new year vary widely. It is traditional for every family to thoroughly cleanse the house, in order to sweep away any ill-fortune and to make way for good incoming luck. At least three different years numbered 1 are now used by various scholars, making the year beginning AD 2015 the “Chinese Year” 4713, 4712, or 4652.

According to tales and legends, the beginning of Chinese New Year started with a mythical beast called the Nian. Nian would come on the first day of New Year to eat livestock, crops, and even villagers, especially children. To protect themselves, the villagers would put food in front of their doors at the beginning of every year. It was believed that after the Nian ate the food they prepared, it wouldn’t attack any more people. One day a villager decided to get revenge of the Nian. A god visited him and told him to put red paper on his house and to place firecrackers. The villagers then understood that the Nian was afraid of the color red. When the New Year was about to come, the villagers would hang red lanterns and red spring scrolls on windows and doors. People also used firecrackers to frighten away the Nian. From then on, Nian never came to the village again. The Nian was eventually captured by Hongjun Laozu, an ancient Taoist monk. The Nian became Hongjun Laozu’s mount.

On the eighth day of the lunar month prior to Chinese New Year, Pickles such as Laba garlic, which turns green from vinegar, are made on this day.TIP: You can chop up 3 bulbs of garlic, fill level with apple cider vinegar, refrigerate and use in your cooking on Chinese new year and the days following. The Sour flavor helps prepare our bodies for the Spring and helps with Liver detoxification!

Common mistakes: Many people want to start the New Year with a cleanse during January. Unfortunately this may end up depleting our system long-term, as right now it is first and foremost important to nourish. The focus on foods should be ones that Nourish Yin, as well as those that Tonify Qi (See blogs on Foods to Boost Energy and Foods to Nourish Yin). The best time to do a cleanse is after the Chinese New Year, or after the Spring Equinox, with the focus being then on Sour foods.

Mesopotamia (Iraq) created the concept of the Western New Year celebration 2000 BC. The Romans dedicated New Year’s Day to Janus, the god of gates, doors, and beginnings for whom the first month of the year (January) is also named. The month originally owes its name to the deity Janus, who had two faces, one looking forward and the other looking backward. This is extremely representative with our need for resolutions as we reflect on the year past and what we doors we wish to shut and leave in our past, and what door we wish to open and walk through moving forward in our journey of life.

Summary of the Fire Rooster year of the Chinese Zodiac:

“This is the year to pour more loving, nurturing ch’i into the things that truly sustain you.” From Feng Shui expert Karen Abler Carrasco

“This is not a year to be passive and just let things happen. Take charge of what you can. “Find your voice and crow like a strong Rooster!“ From astrologer Susie Cox
-Both from MYSTICMAMMA.COM

For your individual reading for 2017 Fire Rooster Chinese Zodiac, please go to https://wayfengshui.com/2017-fire-rooster-year-overview/