Why Are Delta Waves So Important?

Why Are Delta Waves So Important?

What happens when you sleep ? 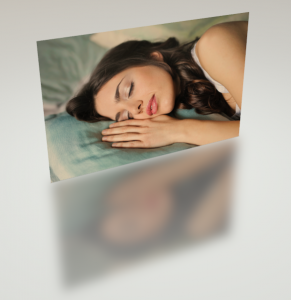 You spend around a third of your life asleep!

Before we get to Delta Waves lets take a quick look at how sleep should work. After all you spend around a third of your life asleep! Sleep is composed of several different stages and phases. These stages can be differentiated from one another by the patterns of brain wave activity that occur during each stage. There are 5 of these stages and 2 phases of sleep. The phases consist of both rapid eye movement (REM) and Non-REM or NREM sleep. We cycle through these stages and phases throughout the night. The first 4 stages of sleep are comprised of NREM sleep and the last is REM sleep.

The first stage is hopefully one of the shortest as we prepare ourselves to transition into a sleep state.  Your mind and body begin to slow down from the doings of the day and you start to float in and out of consciousness while falling asleep. You start to feel drowsy and relaxed.  I say “hopefully” because many of us out there have difficulty with sleep. We know this stage can take a while and it can be very frustrating.

You’re still in a NREM phase when you enter this next stage. Light sleep accounts for close to 50% of the time you spend asleep. It doesn’t happen all at once either, but throughout the course the of the night. During this stage, your brain produces sudden spikes in brainwaves known as sleep spindles (named after their spindly appearance on EEG charts.)

These final stages of non-REM sleep are the deepest sleep stages and become much more difficult to wake from. Stages 3 and 4 are known as slow-wave sleep attributing to the slow delta waves occurring during this stage. This stage is also where your body performs a variety of important health-promoting and recovery tasks.

The final stage of your sleep cycle is the REM phase (dream sleep). REM sleep plays a vital role in your brain’s ability to learn and remember since it is during REM sleep that the brain processes, consolidates, and stores information into our long-term memory banks.

Each sleep cycle lasts around 90 minutes, and to feel fully rested and refreshed when we wake up, we should experience all 5 stages of sleep. A full night’s sleep will include five or six of these cycles. During these sleep cycles, our breathing, heart rate, muscles, and brainwaves are all affected differently, allowing our bodies to find full rejuvenation at each stage.

I’ve created a couple videos for you. The first video below won’t go to a blackened screen after 10 mins. You can have it on while you relax wherever you are and just watch the waves.

The second video below will darken after 10 minutes. It’s great to throw it on and have it run in the background while you’re in Lalaland!

Why are Delta Waves important? 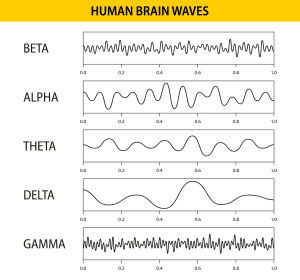 I mean a third of your life? That’s a lot, but a good night’s sleep is vital to your overall health. Delta Waves play an important part of that sleep.  Getting enough sleep is vital for health-promoting activities such as digestion, growth, and memory. By understanding our stages of sleep above, we can see how important sleep is and the role it plays in our overall well being. One factor in your sleep are the Delta Waves produced during deep sleep. They are high amplitude brainwaves, believed to be emitted from the thalamus and are key to unlocking the restorative deep sleep. They’re so helpful in bringing on deep sleep that delta waves have even been reproduced as musical binaural beats which you can listen to as you fall asleep.

What are they and why are they important?

Our brain sends out signals when we sleep to different parts of the mind and body. These signals help to begin restorative functions. Delta waves are generated during our deepest dreamless sleep. They are low frequency and deeply penetrating brainwaves. They stimulate healing and regeneration, which is why deep, restorative sleep is so essential to the healing process. Several studies have linked the healing aspects of sounds to healing processes in humans and other animals. The low rhythmic purr of cats is not only used as an expression of contentment, but also to calm and heal.

What stage do delta waves occur?

During sleep, delta waves are slowly released in the first two stages of light where brain activity is lower. As you transition into stages 3 and 4 (deep sleep), delta waves increase and quicken in frequency. If you were to be abruptly awakened while in the deep sleep cycle, you’d wake up feeling groggy and disorientated.

How do delta waves affect sleep?

In the delta state, your brainwaves support restorative cycles where your energy levels are restored and the body recharges itself through tissue and cell growth. Studies have also shown that while you’re in stages 3 and 4, your brain waves play an integral part in you feeling alert and rejuvenated in the morning.

Other facts about how delta waves help us