Botox and emotions… so what??? Unbelievable!

Botox and emotions… so what??? Unbelievable!

What do you think is wrong with this news article on Botox? I’d love to hear your comments!(article from Forbes Women) 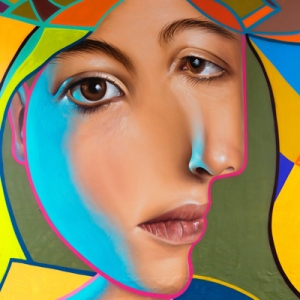 A new study has come out today saying that Botox may dull your ability to understand the emotions of others.

The study was published in the journal Social Psychology and Personality Science, and headed up by two male researchers from The University of Southern California and Duke University.

The researchers conducted two experiments, one with a group of 31 women using Botox and the dermal filler Restylane, and the other with a group using a gel that actually “amplifies” muscular signals, the opposite of Botox, which restrains muscular signals. (Restylane is just a filler, so how that got involved is beyond me.) The group that had their muscles “amplified” consisted of 56 women and 39 men. Why no men for the Botox group?

Now both groups viewed computer images of faces and had to identify the emotions they saw. The Botox group had more trouble identifying emotions, while the “amplified” gel group got better at emotion perception—because apparently you have to be able to mimic people’s facial expressions in order to understand them.

This latest study dovetails with another study conducted last year at The University of Columbia which concluded that Botox may decrease a person’s ability to feel emotions. Which is different than perceiving them. But anyway.

The study doesn’t give a percentage of how much one’s ability (or a woman’s ability—since only women were included in the Botox control group) to perceive emotions is stunted. But the lead researcher, David Neal, warns that Botox users “should consider whether these procedures are having any indirect costs.”

Why would a potential dulling of empathy necessarily be a cost, i.e. something valuable which is lost? Since women are the vast majority of Botox users and studies all over the world have concluded that women already have a superior ability to empathize and detect emotions than men do, might not Botox merely help level the empathy playing field?

In fact, might not a shot of Botox before a big meeting make women less concerned with others’ perceptions, and more concerned with what men are concerned with: themselves, the bottom line, and maybe, gasp, a raise or promotion? Could there not be some benefits to women being a little less empathetic?

And, seriously, who is funding these studies and why? Has anyone funded a study about Viagra, and whether it makes men erroneously perceive that women want to sleep with them? I won’t hold my breath waiting for that study.

Meanwhile, break out the Botox. I have a meeting with the boss.
Kiri Blakeley writes about women, media, and pop culture. Follow her on Twitter.